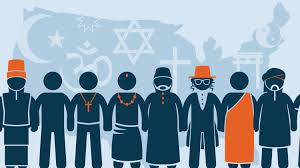 Precursors of Philosophy with Children

The educational philosopher John Dewey is often mentioned as an inspirational figure of the P4C movement. The educational principles that Dewey set-up supports philosophy with children as it was applied later in the educational movement that was led by Matthew Lipman, Ann Margaret Sharp and their predecessors. In Korczak’s ideas and work, as well as in Dewey’s, there appears to be theoretical foundations for philosophy with children. However, a close analysis reveals that philosophizing with children in Korczak’s style is different from the Deweyan way and objectives. In the paper I will present the concept of Philosophy with children as it has been brought forward in Dewey’s writings, and as it is has been brought forward in Korczak’s writings, and I will compare between the two. I would like to suggest that these two different philosophical ideas offer distinctive approaches that may be beneficial for anyone who is interested in philosophical dialogues with children, for clarity and accuracy. 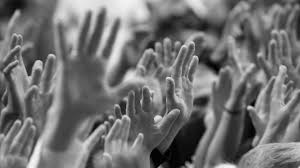 Educational Utopia as a Literary-Philosophical Genre

While philosophy is a discipline of ideas and concepts, education is a practice that demands being fully present, in a complex and dynamic human world. By using fiction and narrative, the literary utopia allows writers to articulate educational creed in a sterile condition, “to do” educational work based on pure educational philosophical ideas, without being tied to the dynamics and complexities of reality. In addition to Korczak’s School of Life (1906), I found two other works that are both educational and obey the rules of the genre of the utopia: the monumental educational book by Jean-Jacque Rousseau, Emile or On Education (1762), and The Jewish People and Its Youth (1919) by the forgotten Austrian-Jewish philosopher, educator, and psychoanalyst, Siegfried Bernfeld. The three are texts in educational philosophy that aim to “translate” abstract ideas into concrete narrative stories. These three pieces are utopias in the sense that they criticize the existing education in society and describe ideal alternative educational frameworks. However, each of these works has a completely different educational-utopian vision. I present the utopian vision described in each of the works mentioned above, but I will mostly compare the functions of each utopia. The educational utopia can have a large scale of functions for its author: from replacing the educational practice itself, as in Rousseau’s case, to outlining a guiding and motivating vision, as in Korczak’s.